When there are two contenders wooing you, how do you choose? Especially when one represents a long suffering courtship that has failed its vows, while the other is a dangerous yet exciting option you feel can be allowed a shot? Will you re-evaluate your contract with the known and lesser evil, or gamble your unfulfilled hopes on the new, chest thumping bad boy? Both alternatives call for some kind of compromise, since there is no such thing as the perfect guy… Or the perfect party.

Look at what India did! She decided, “Enough is enough. I am in my late sixties and have bequeathed my prime to an incompetent incumbent Congress with some good, but mostly disappointing results. The time has come to change course, switch loyalties and divorce my way into the evil twin’s arms.” And that’s how BJP now goes by the name of Mr. India.

But was that a good call? She should have compared a list of pros and cons before jumping from the frying pan into the fire perhaps? Well, I like playing the disapproving sister, so allow me:

On the surface, each of the two parties are motivated by different things. The complacent Congress touts itself as principally secular, having abysmally juggled a free economy for the haves and “roti kapda makaan” for the have-nots. The prudish BJP with its righteous Hindutva propaganda, now boasts emphasis on economic development at the cost of the environment and ethics. Apart from these glaring fundamental variants, when it comes to bad governance and corruption, sadly, one does by day what the other does by night.

After decades of decadence at the hands of the crooked Congress, India voted for a vengeful change. Eager-to-please money-making assurances from the singers of “Ache Din” were music to ears that hadn’t heard cash registers ka-ching in a long time. The optimism surrounding a fresh start alone infused spirit into the economy. Ah the honeymoon period! But while voters were and are continuing to celebrate on the crest of a notional wave of profit from a delusional future market, it has became clear that the runners-up agendas to the “Show Me The Money” campaign promises in the manifesto were going to be the first to veer their heads.

The RSS, India’s brother-in-law by marriage, abhors the Americanization of life and lifestyle – often feeling that the virgin & pious Indian sensibility stands violated by the influence of loose western values and commerce. For example: women embracing tight Levis that bait lecherous, sexually frustrated men, smart(aleck) phones used to store and share vulgar media, co-ed schools learning World History and French over Indian mythology and Sanskrit, celebration of Valentine’s Day with bold PDA and porn sites turning a super duper hit among netizens! It is of no wonder then, that trying to ban such taboos is the only solution the government finds to prove its loyalty to an orthodox mentality ashamed by free love and counter culture while ironically living in a sexually violent, populous country bursting at the seams! 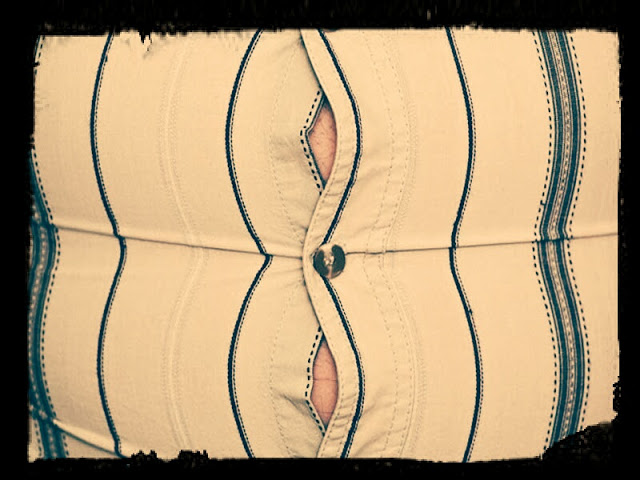 The low, double standards of the new groom/government seem lost on the hapless citizens. You see, on the one hand they dictate going back to desi roots and retracting away from the Brave New World into a bharathiya sanskari yojna, and on the other- broker deals for foreign capitalist blood to flow though the veins and lanes of our cities. Luxury apparel stores, franchised food chains, multi-national factories built on forcefully acquired fertile farmer lands and easy breezy visa approvals. Ain’t that the way to roll out the saffron red carpet to the “new money” people with pockets full of crispy dollar derived Indian bills!

But how can love and lust for India and an urge to protect Her indegeneity manifest itself in drafting a Land Bill that betrays local, native, eco friendly tribes, to favor instead the industrial thugs bedding the politicians and their accountants? How can puritanical lip service about defending honour of women lead to pampering perpetrators of sexual abuse with a “Boys will be boys” lullaby? How can those early limpid attempts to hijack “India Against Corruption” movement be followed with unethical surveillance, fake encounters and scams involving not just money laundering but also murders?

But wait. The mehandi and voting ink haven’t dried off just yet. It has only been over a year since the transfer of power. Does that mean there is room and time for improvement, or that the next 4 years will pick up a more devilish pace post the passing promo? India chose the Man, not so much The Party. Yet, how can two tango if He is almost never home? The goony in-laws are running the show, while He travels the world with his PR posse, leaving behind a confusingly invisible omnipresence within the household. (Taking the Mr. India title too seriously don’t you think?)

Guess the only way to make it work is for India to take control. She can’t be a self sacrificing, subservient, sathi savithri anymore. It is her life, her land, her money and her choice. All her well-wishing voters need to actively involve themselves in commanding better conditions and propositions. After all- weren’t guarantees made of a bribe free, egalitarian, transparent regime with zero conflict of interest? Hubby dearest has shown signs of wanting to change his ways and prove his competence, in not just earning money and putting food on the table, but also raising kids with proper education for a self sustainable lifestyle. If the government veers off from this path, We the People are more than within our rights to rap it on the knuckles and get it back on track. We are the ones after all who facilitated this matrimony with our voting franchise… A well thought out arranged marriage entered into with an optimistic plunge. As witness to many failed alliances, it is about time We put the passive missionary stance at ease, to instead- dominate and dictate the argument and spousal quarrel. Ensure that He gives what We want and what She deserves!

You may now kiss the Bride. Jai Hind!