The American culture has always found an avid audience in my family, 1987 onward and upward. Both my folks exposed me to American literature, cinema and art very early on. I have vivid memories of afternoons in the early 90s: me as a kid drawing with crayons in the living room while my Dad played his favourite music on the tape recorder- Alice in Chains, Alan Parsons Project, ELO, Creedence Clearwater Revival, CSNY, Eagles, Blondie, Heart and ZZ Top. Mom on the other hand was a sucker for melody. Her jukebox played Stevie Wonder, Lobo, Foreigner and Bruce Springsteen. MTV, from back in the day, played on a loop Michael Jackson, Janet Jackson’s Rhythm Nation, Paula Abdul, Shania Twain, Gloria Estefan and Kenny Loggins. Over the radio, tunes from The Doors often left us three musketeers in such a trance that we wouldn’t even notice the sun set at the end of Ray Manzarek’s piano riff.

Yankee hits have always been one of those things that bond all 4 of us ‘type-A’ personalities together (my kid sis has been joining in on the fun since ’97). Home videos are proof- especially those from our road trips in California. Dad driving, Mom by his side with a map of, as Kerouac once said, “all that road going.. in one incredible huge bulge over to the west coast”, me and my handy-cam at the back, with baby sis snuggled in the child seat 2 sizes too big for her tiny ass. Stuck in traffic on the roads of San Fran by day, passing the lights of Las Vegas by night and cruising through the deserts of LA in between- with Lenny Kravitz’s cover, screaming for that American Woman to “stay away from mee hee!”.

Over 2 decades have gone by since our exit from the States and re-entry back to India, but certain retro gems (like Pat Benatar, The Runaways, Madonna, Janis Joplin and Bob Dylan) will always rank high on my charts, no matter what era.

American literature is the second founding pillar of the Garg way of Life. My full fledged reading habit developed at elementary school in Cupertino. Not only was there a state library, but also libraries in every city, district, school and classroom, with FREE membership! Nancy Drew, the Ramona Quimby books, Scott O’Dell, R.L. Stine, Anne of Green Gables and Lemony Snicket’s “Unfortunate” Series all sparked the writer in me. Meanwhile, my parents continued their love of John Grisham and Sidney Sheldon among other authors. When I went through my non-fiction phase, I unintentionally picked up autobiographies of American icons and events: Jane Fonda, Tom Hayden, The Vietnam war, Malcolm X, Kelly Cutrone, Fran Lebowitz, Nora Ephron, Gloria Steinem, Watergate, Club Kids, Studio 54, Sussana Kaysen, The Beat Generation, The Hippie movement, Joan Didion, The Manson Family, and on it goes… The piles and piles of books in our house give off the air that we are great writers, readers, curators and well… hoarders! It’s been a family dream for years now, that one day we shall make this private library public. It shall be called “Samwise” – after Samwise Gamgee – one of my favourite characters in Lord of the Rings. Also my mother’s friends from college call her Sam. (The fact that The USA is commonly personified as Uncle Sam is purely coincidental!) 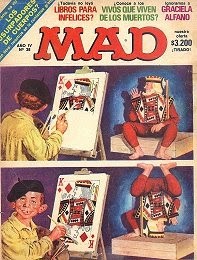 There was, however this one masterpiece that caught my eye and fancy like no other. MAD Magazine! Actually, MAD Comics helped my parents catch each other’s fancy first. The story goes: this newly wedded couple had just moved into their own apartment, ready to begin a new chapter in their lives, together. Typical awkward silences pursued, as it naturally does at the very start of a marriage between 2 polar opposites. As they were unpacking from card board boxes in the new living room, with their backs to each other, two matching sepia toned stacks of magazines caught their eyes. “OMG, you read MAD?”  “Yeah. I had no idea you read MAD too!” And so started the brick laying to the foundation of the Garg Family! 3 years later, I was born. Like a dutiful daughter I have added to the MAD shelf with my own collection. This family heirloom shall be passed on to my children and theirs, not only furthering the beginning of my parent’s love affair, but also chronicling the cultural & satirical landscape of the US of A.

Yes I am an Indian and no, this post is in no way a propaganda piece for an honorary US citizenship. But with globalization, nobody can avoid being “americanized” through television, the web and Netflix. Cartoon Network played a big role in shaping most of the urban kids who were born in the 90s. It not only entertained us, but also provided a portal into the American society, its slangs, perspectives and sensibilities. One of Tom Cruise’s first lines in the movie Jerry Maguire is “America still sets the tone for the rest of the world”. That’s no longer true of course, but when it did, it was memorable and campy AF.

My Dad’s taste in movies helped build the 3rd pillar that holds the roof over us film buffs.  My feminist leanings are thanks to his recommendations- Baby Boom, Bette Midler’s films, The First Wives Club, Whoopi Goldberg’s films, Cleopatra, Miss Congeniality and Julia Roberts. Also, just FYI, my dad loves giving life advice through quotes from The Godfather. Mind it. 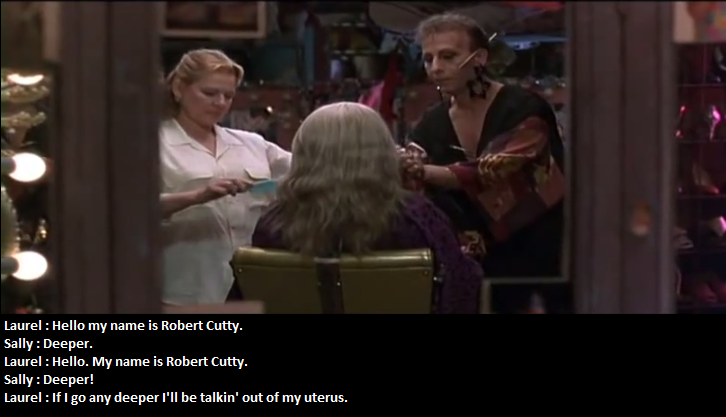 He also shared laughs over his favourite comedians with us. We never fail to crack up on Eddie Murphy’s antics as the Beverly Hills Cop, Chris Rock’s stand up, Mel Brook’s genius or Tim Allen and John Travolta hammed up acting in Wild Hogs. Whose Line Is It Anyway is the family glue during turbulent times. I returned the favour by introducing Daddy Cool to Sandra Bernhard and Paul Mooney. They are my personal discoveries and favourites.

Mom and Dad used to watch the Bold and The Beautiful, Phil Donahue’s Show and the Dick Cavett Show in the wee wee hours of night before hitting the bed, while I used to bathe in the TV’s silver beam shining through the dark living room. Then I grew up to take after them and turned into a couch potato myself, binge watching The Oprah Show every evening after school and catching re-runs on the weekend. (No, sadly, I didn’t get a car).

The fourth and final pillar is Art. This one was born into our homes by accident. Keith Haring’s work casually hung on our walls not because my folks were influenced by the New York Street culture, but only because it went well with the straw furniture and stone floors. My recent interest in Jackson Pollock and Peter Hujar could add more credibility to this pedigree, but I’m weary… Art is an expensive taste to develop. I think I’ll just stick to good old name-dropping to get by this one! 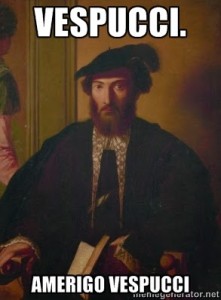